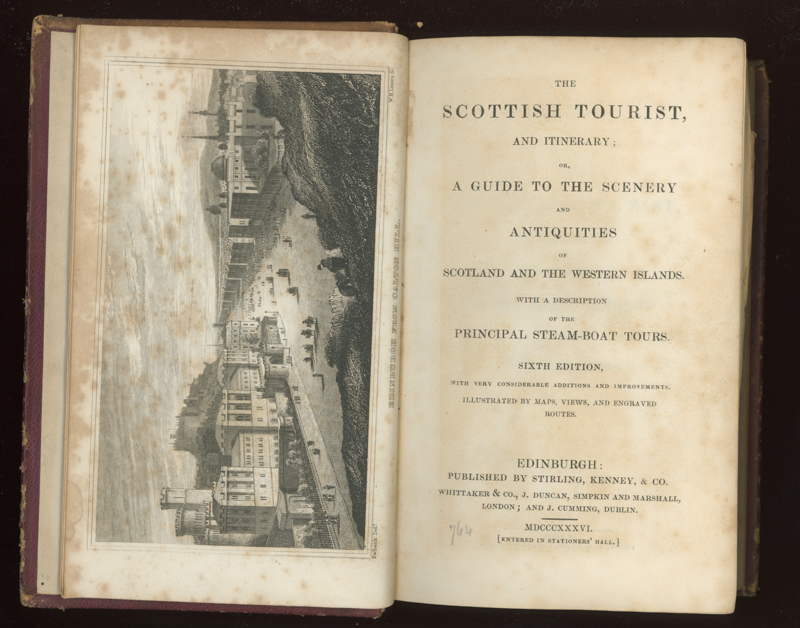 Posted by Susan Brown on December 31, 2014 in Fantastic Imagery | Leave a comment

In 2012 I used elements of images found in books published in the late 19th and early 20th centuries to create a series of theatrical digital collages in which giant dog-faced characters interact with tiny Edwardian children. The backdrops were adapted from 19th century illustrations of historic places in Britain: this backdrop portrays medieval Edinburgh.

The images in this series were submitted to Existere, a literary magazine published by York University in Canada, which accepted this one for publication in 2013. According to the agreement, they were going to send two copies of the issue that included the image, but none ever arrived. Was it ever actually published? I don’t know. Their website doesn’t say. I have sent emails asking if they did publish it, but never got a response. So here it is: published online now, by me. 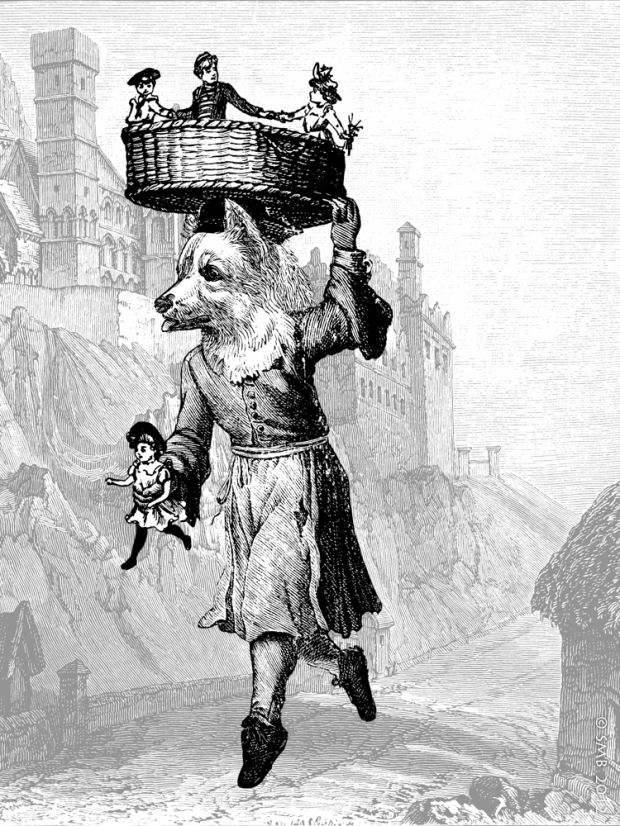