Posted by Susan Brown on December 31, 2014 in Fantastic Imagery | Leave a comment

I started making theatrical digital collages using elements of photographs taken in multiple places to create imaginary places, and populated them with photographed people. I used Photoshop to remove the ‘perspective’ angular qualities of the buildings but was still using ‘realistic’ proportions so the buildings are big and the people are tiny. The people in these images are unidentified, they were randomly present when I photographed urban scenes.

These two images were published in MAYO REVIEW, in 2012, a literary journal produced by Texas A&M University that is now defunct.

The Fairy Rushed Toward the Village 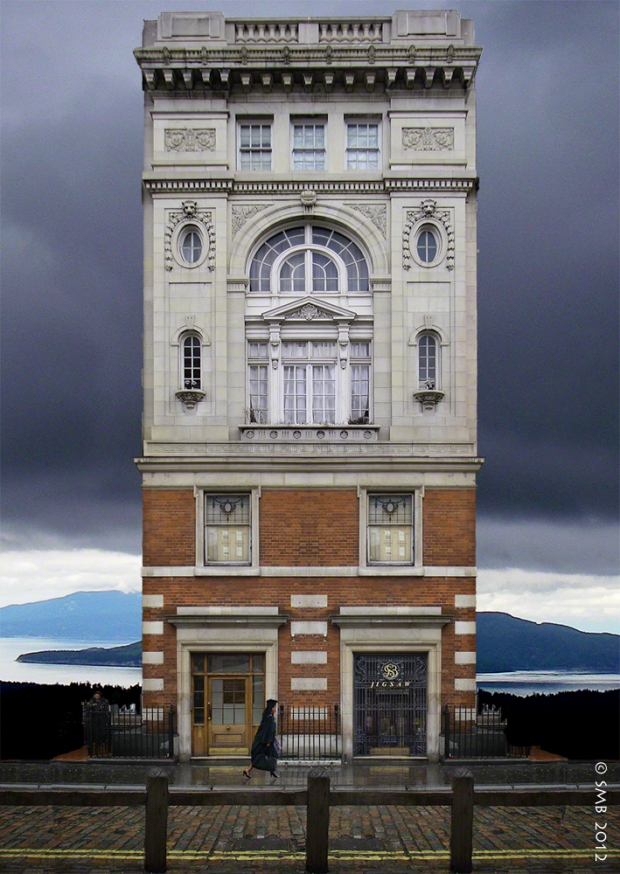 ← Dogtainnia If Wishes Were Dishes →